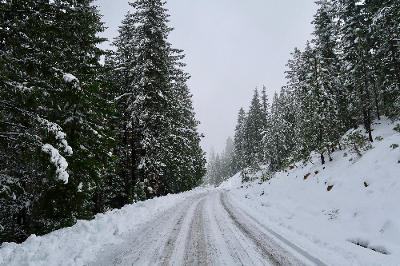 After years of reaching out to tech companies, Dog Valley Road will be removed from mapping systems throughout winter.

The road often serves as an alternative route offered by GPS when I-80 is shut down or experiences heavy traffic delays due to winter driving conditions or collisions. Yet the narrow rough passage is too much for simple travelers to cross. The Sierra County Sheriffs’ and Washoe county sheriff’s offices recall years past when they were called out to assist drivers stuck in the snow along Dog Valley Rd almost every single day for two weeks.

The cry to remove the road was critical because the alternative route into Truckee was risking travelers’ lives and stressing resources from the already small Sierra County sheriff’s office during high demand, forcing the Washoe County Sheriff’s office often to use their equipment to rescue the stuck travelers.

After continually reaching out to companies like Google and Apple to remove the roadway from their mapping systems, the tech companies finally responded after the problem gained the media spotlight. Apple and Google have confirmed they are looking into the situation, with Google saying they will be removing the road; Garmin, another mapping tech company, has yet to respond to the media’s request.