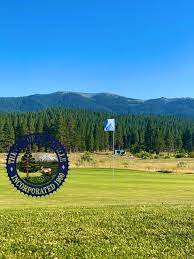 Susanville’s Diamond Mountain Golf Course may end its season early as it was covered in 6 inches of snow.

The golf course manager says it has been a very successful season. In a report presented to the City Council on November 2nd, the course doubled its revenue from the previous year, operating in the black from a past 4-year deficit.

Over 13,000 rounds of golf were played this year, with multiple tournaments contributing to its success. Another successful year may be ahead as the manager shared the course will be hosting next season’s High School Boys Section Championships.

As for this season’s official closure date, that has yet to be determined, but with more winter storms in line for the coming weeks, the course will likely cease operations until the following year.