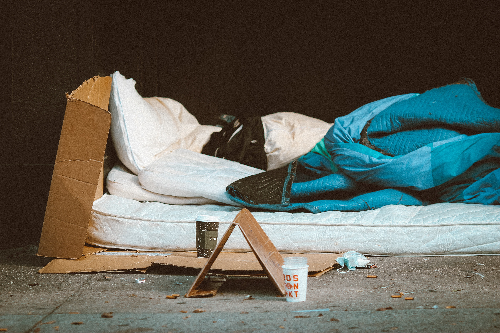 A 30,000 dollar budget has been approved to combat the homeless crisis in Susanville. The City Council approved the finance manager to allocate the funds to approach the growing problem in a multi-pronged process as addressing homelessness is not a one-size-fits-all solution.

The city with a surplus budget going into the new year seeks to recruit a volunteer group to monitor and report to city officials what is occurring along the Susan River with the intent that a bigger presence along the walk will reduce encampments. This would consist of the city purchasing a UTV and equipping the volunteers with radios. This proposition was challenged by some on the council as it would bring liability concerns. Council member Kevin Stafford suggested giving the budget to the Police Department for a UTV who could then patrol the area with their personnel.

The city will also continue to work in partnership with County efforts and resources through the Public Health Department.  City Administrator Dan Newton added that a long-term solution and ultimate goal is to bring a low-income permanent housing development into the city. Lassen County Health and Social Services Director Barbara Longo welcomed community input as the city and county worked towards this goal. Though this goal is set to be achieved within the next year the council will bring it back to the community at a later council meeting to discuss the many concerns and details surrounding the building of such a development.

Furthermore, a permit from the CA Department of Fish and Wildlife will allow the city to clear the vegetation around the river to reduce encampments. This will come at a one-time cost of 2,000 dollars. There have already been three camps cleared by the Public Works Department as of Friday. Newton also shared the remaining 3 encampments will be notified in the coming days as the city will be conducting another round of clean-up by the middle of next week.