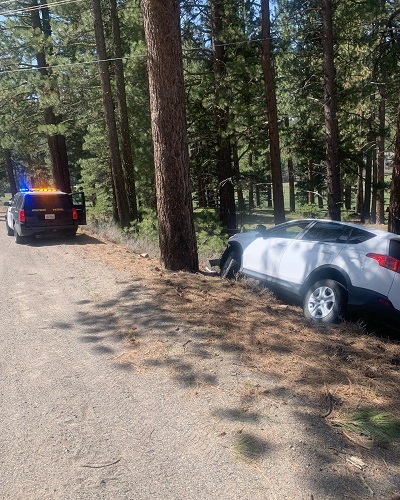 In a stroke of luck a Plumas man attempting to drive himself to the hospital for third degree burns avoids what could have turned out much worse. On Wednesday morning the man in his home had a an accident that caused third degree burns that warranted medical attention. The man began to take himself to the hospital. Yet While en route he suffered from a seizure as a result of his burns. His vehicle left the roadway and collided with a tree. Fortunately no serious injury resulted. The road was closed for Careflight and the man was flown to Chico where he is currently being cared for in the burn unit.