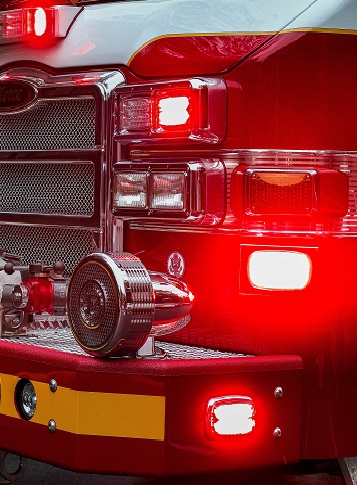 An apartment and two vegetation fires kept emergency personnel busy over the weekend and caused one brief power outage on Sunday.

A late-night fire started in Apartment 10 of Meadowbrook Apartments on N. Roop street in Susanville on Saturday, injuring three. One person escaped the approaching flames from the apartment below by jumping from their second-story window, sustaining injuries from the fall. Another was treated for significant burns, and the third was from smoke inhalation. Susanville Fire department says the cause of the fire is still under investigation. Multiple agencies assisted with the incident.

That same day a fire along the Susan River caused by transients broke out. Susanville Fire Department, CALFIRE, Susan River Fire, and the police department responded to the report of smoke near the Pat Murphy Little League Fields. The encampment fire was found behind the Susan River Apartments along the river. A quick response held it to a 20×30 spot. There was no report of injuries.

By Sunday, a vegetation fire out near Wendel Road and the Fish & Game road caused a power outage that spanned the Wendel, Standish, and Litchfield areas. Lassen Municipal Utility discovered damage to two powerline poles leaving over 200 without power. LMUD was able to make repairs with additional brief outages; power was restored to all homes by 6 pm. The cause of the fire has yet to be determined.