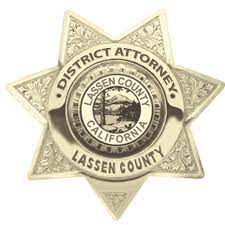 New details emerge from last week’s mail thief. Lassen County DA’s office brought Kameron Dennis in front of the courts for a presentation of charges brought against him, those include felony charges of conspiracy and possession of the stolen property as well as a misdemeanor theft crime. Dennis was stopped by Susanville CHP after his vehicle was recognized by surveillance cameras following the crime. Dennis and his passenger were found to be in possession of a stolen package, DMV registration, and sticker, as well as a stolen wallet from Diamond Mountain Casino. Over the past 5 years, Dennis is alleged to have had seven felony convictions out of Los Angeles County as well as alleged to have been on active supervised release at the time of these thefts. Dennis’s bail has been set at $25,000 set by the court. If he posts bail he may be picked up by Los Angeles County as he currently has an outstanding warrant from the county. His next court date is a preliminary hearing scheduled for August 17th.