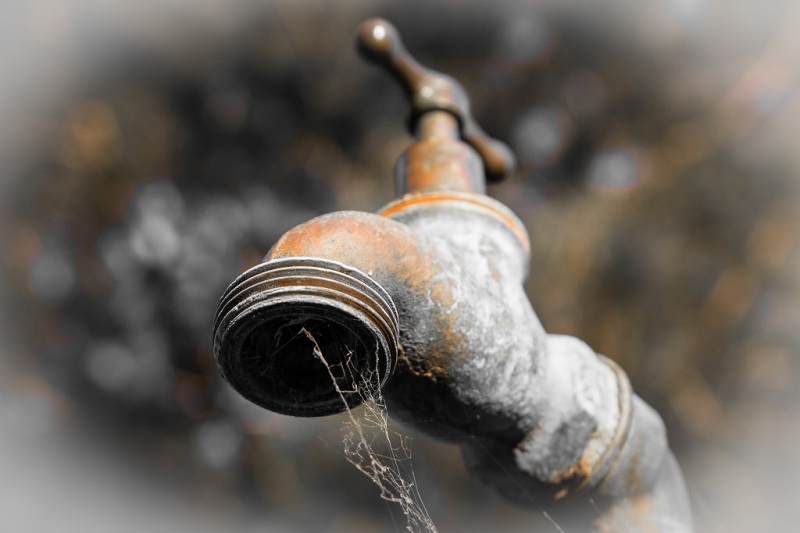 Dozens of wells run dry
In the last two weeks, the Klamath County Watermaster’s office has received 82 complaints from people in the Klamath Basin experiencing water shortages in their personal wells.

Dani Watson, watermaster of District 17 in Klamath Falls, knows there are many more empty wells that have yet to be reported.

Some were able to find water tanks and fill them from their neighbor’s pumps, or from other wells that haven’t yet dried up.

Water storage tanks are wide-based, plastic cylinders with a hole in the top to put water, and a few holes on the side to hook pumps into. They are bulky and not easy to transport — you have to bring the water to them.

Kelsey Steinberg’s house is one that is currently running on water from a 2,500 gallon tank, which her brother refills about every two weeks. Steinberg lives on her family’s farm in between Merrill and Malin with her daughter and husband. Their domestic well went dry July 2.

Steinberg said water tanks are not a sustainable solution to this problem for anyone. The water from her tank runs through the plumbing in her house. It is not potable, so her family has been buying plastic water bottles from the store for drinking and cooking.

“Wells are literally going dry on a daily basis, all within a two-mile radius of my house,” she said.

Steinberg said the well is about 100 feet deep, and that they have never had any trouble with it until this summer.

Drilling a well costs anywhere from $12,000-$15,000, depending on how deep the well is drilled. Steinberg is on a wait list, along with most of her neighbors, who don’t expect to see a drilling company for another 2-3 months.

Misty Buckley lives south of Klamath Falls, and has been on a wait list with a well drilling company after her well went dry May 30. She was recently told it would take months for the company to make it to her property.

Credit: Alexandra Feller/Herald and news
Jesse Hickey looks to see how low the water is in his sister’s 2,500 gallon water tank.
Lack of trickle-down irrigation
Steinberg, Shanks, Buckley and many others experiencing well water shortages live near irrigation canals. In past summers, wells 80-200 feet deep can draw from a shallow aquifer that is recharged by water pumped through canals and over fields.

Paul Simmons, executive director of Klamath Water Users Association, is not surprised to see these water shortages in such areas. He has been hearing about the shortages for at least a month now.

“The areas where it is happening are all along major canals that have been left dry this season,” Simmons said.

Since the Klamath Project received no water from Upper Klamath Lake this year, farmers have not able to irrigate as much of their land from surface water, forcing those who want to irrigate to drill deep and pump water to the surface.

Ivan Gall, from Oregon Water Resources Department, agreed that the lack of surface water throughout the Project is contributing to the poor recharge rate of shallow well systems. But long-term, environmental factors are at play as well.

“Stacking up multiple dry years does not help,” Gall said.

Without extensive and time-consuming research, there is no way to tell where the groundwater level is in the Klamath Basin and how far it has dropped during the current drought.

Low levels, long term trend
The United States Geological Survey monitors water in the Klamath Basin and other areas with various sensors that can detect water levels. They monitor about 40 wells, including household and commercial wells with landowner permission, as well as USGS wells installed specifically to measure aquifer levels.

The recent measurements “are some of the lowest levels we’ve seen and it looks like a long term trend,” said Terrence Conlon, a regional science coordinator for the USGS.

“I put these drought wells in about 20 years ago on this day,” said Bob Bunyard, the owner of Klamath Pipe Center. He was called out to a farm this week off Springlake Road to extend piping an additional 20 feet. Bob Bunyard and Shane Ward from Klamath Basin Pump Center add piping to a well that Bunyard said he helped install nearly 20 years ago.
Bunyard said this year is the worst in his memory, because on top of the drought and lack of surface water getting to farms and rural homes, there is a pipe shortage as a lingering result of the pandemic.

Bunyard and other pipe businesses in the basin don’t even have all the materials needed to fix struggling wells, even as calls continue to overwhelm phone lines.

Ewing, the technician from Aqua Pump, said he is also experiencing the same problem.

“When you do find a pipe the prices are tripled,” he said.

Some relief is on the way
Klamath County Commissioners are working with Oregon Emergency Management and the Oregon Department of Human Services to secure portable water in places where wells went dry. There is no cost.