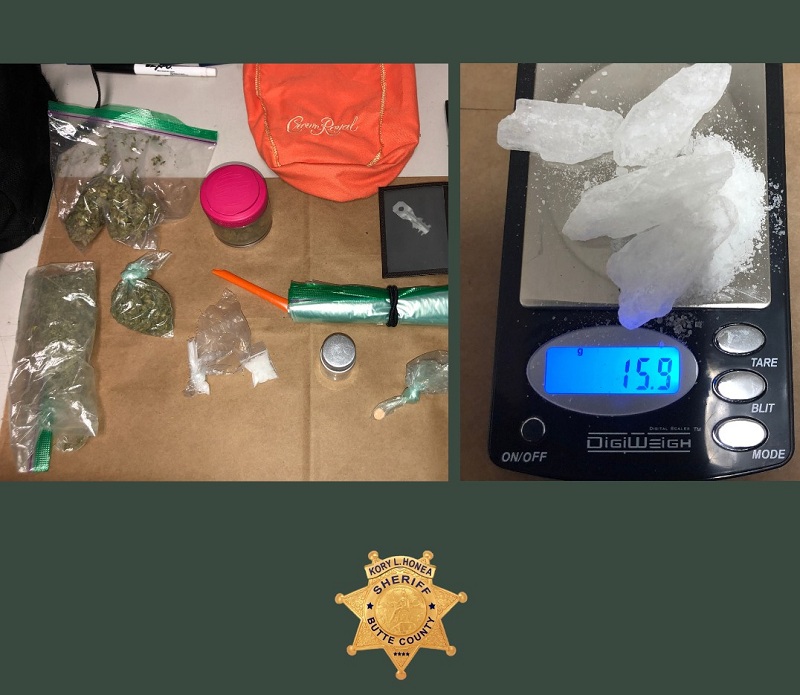 On Sunday morning, at approximately 12:22 a.m., BCSO Deputy Parmley was on patrol in the area of East First Avenue in Chico, when he conducted a traffic enforcement stop for a vehicle code violation.

During the traffic stop Deputy Parmley contacted a passenger in the vehicle, later identified as Alexander Lemire, age 32 of Chico. Lemire had four felony warrants for his arrest. After further investigation, Lemire was found to be possession of approximately 17 grams of methamphetamine, 5.95 ounces of marijuana, a burglary tool, drug paraphernalia, and ammunition.