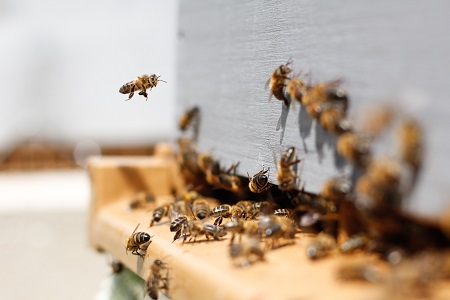 Beehive theft is on the rise, says the California state beekeepers association, due to a shortage of the flying pollinators. Each January, tree crop producers prep for the blooming season by placing beehives in their orchards awaiting pollination.

Yet this movement welcomes an increase in theft. The reason is that there are not enough bees to pollinate California crops. A CNN report citing Auburn University’s College of Agriculture data stated that from April 2020 to April 2021, beekeepers in the US lost around 45% of their colonies.

The CA state beekeepers association says beekeepers, farmers, and you can help prevent theft by reporting suspicious movements, such as the removal of hives before the end of the bloom in late February to early march, as well as paying close attention to the marking of the hives and who should be moving them. You can learn more ways to prevent theft by visiting californiabeekeepers.com.

New PG&E Scam on the Rise