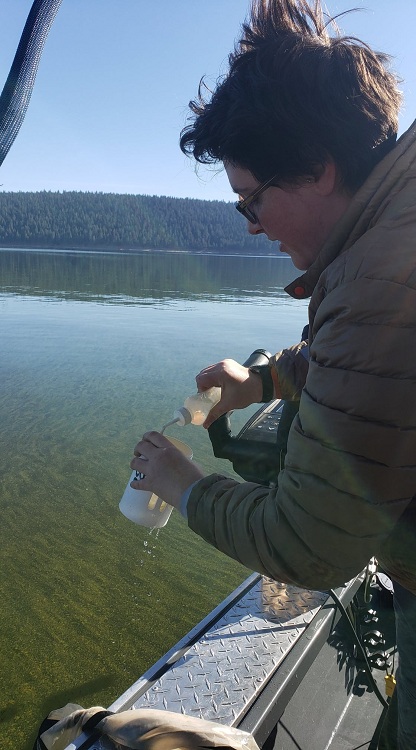 Last week  Sierra Institute and an Almanor Fishing Association volunteer were on Lake Almanor for water testing. There is a decent amount of algae throughout the lake, but predominately in the north west basin. After testing, it was determined that it is the potentially harmful blue-green algae. The lake has subsequently been posted with warnings to keep dogs away from the water. It was explained  that fire releases significant nutrients into the environment rapidly. And on top of that natural release, the retardant used to suppress fire is basically a fertilizer. With the heavy October rainfall, the stage was set for a rapid algae growth. On a positive note, dissolved oxygen levels remain high to support our beloved fishery.