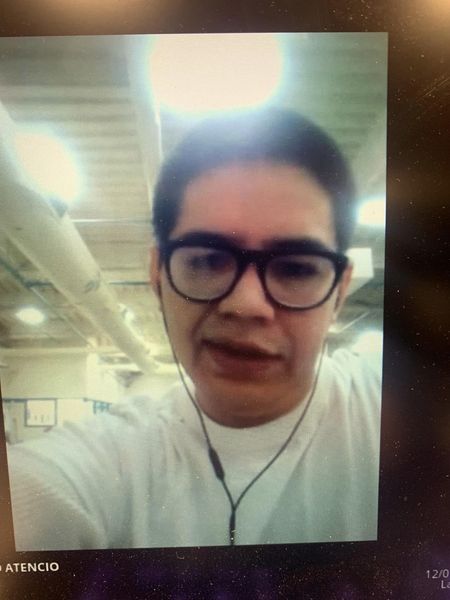 Over the weekend, the Lassen County Sheriff’s office released updated pictures of the inmate who escaped the jail Thursday evening. After being able to cut fencing covering a 25-foot concrete wall in an exercise yard, with the help of other inmates, Angelo Atencio slipped through to his waiting girlfriend, Ashly Ward of Susanville, just outside the facility.

Both have warrants out for their arrest.

The updated images of Atencio, now pictured with dark hair and glasses, varying very differently from his initial intake mugshot, can be found on the sheriff’s office Facebook page. If you know the whereabouts of either Ward or Atencio, you are asked to call 911 or the sheriff’s office at 257-6121.