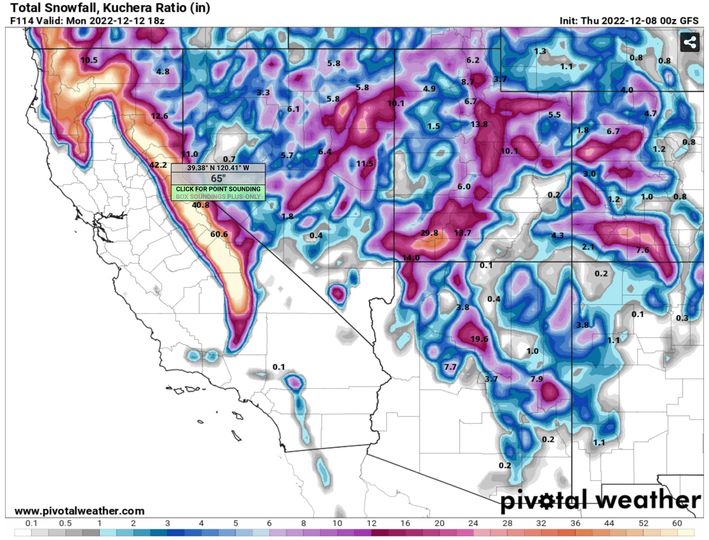 The sierras received a hefty amount of snow over the weekend, pushing the yearly snowpack ahead by roughly four weeks. Sunday reports indicate the Sierra’s water content is in the upper 80th percentile. Already receiving 38%-40% of the annual average, leaving the snowpack where it would expect to be by the second week of January. Berkeley’s Central Sierra Snow Lab at Donner Pass has measured over 12 feet of snow since October 1st, the start of the water year, nearly 300 percent of tlab’sb’s average to-date snowfall.

Closer to home, The Bateson Observatory in Susanville has recorded the area has reached 123% of the average precipitation for December.

Over the local mountain tops, the Lassen Volcanic National Park reports receiving 2-5 feet with tweekend’sd’s storm. The heavy snowfall has temporarily closed the road into the northwest park entrance at Manzanita Lake. It will reopen once the snow on the road is cleared and passable.

If you are concerned about the snow load on yohome’se’s roof, the fire protection districts around the Lake Almanor Basin will be conducting a report this morning and releasing results by this afternoon.