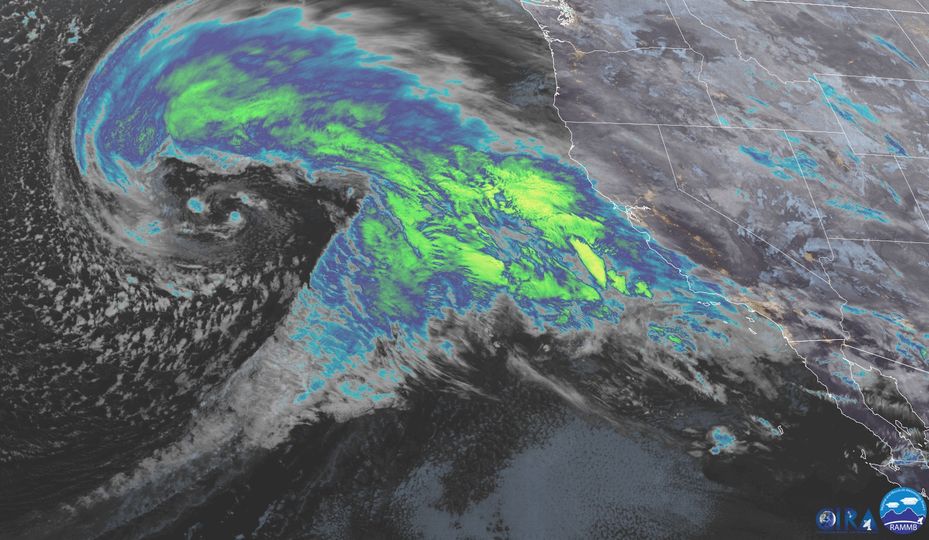 An impressive and rare “bomb” cyclone is building off the coast of California this morning, expected to bring heavy amounts of rain and snow later this afternoon. Flash flood warnings have been issued over the Dixie fire burn scar. When traveling through these areas, be alert to the signs of a slide. Ready.gov says to listen and watch for rushing water, mud, or unusual sounds, such as trees cracking or boulders knocking together, which might indicate moving debris. A faint rumbling sound that increases in volume is noticeable as the landslide nears. Huge boulders in the landscape can also be signs of past debris flows.

In addition, with the incoming storm, the Lassen county roads department will temporarily close county road A-1. The closure will be on the South end, from the gate past Lake Forest to Gallatin Road, beginning Wednesday morning, January 4th, at 3:00 AM. Supervisor Gallagher says in addition to the anticipated winter storms bringing heavy snow and rain, the closure is due to the breakdown of a primary piece of snow removal equipment used on that section of road. When all the primary roads in the district have been cleared, plows will then focus on re-opening the South end of A1. to Access Eagle lake; you will have to go a long way around and use highway 139.

Photo: From Reno NWS, A look at our storm off the CA coast from ~22,500 mi up (GOES-west satellite) — a perfectly defined mid-latitude cyclone in its mature stage. You can see the warm front reaching the coast, with the trailing cold front in the E Pacific.

Learn more about the stages of cyclone development: https://www.weather.gov/jetstream/cyclone