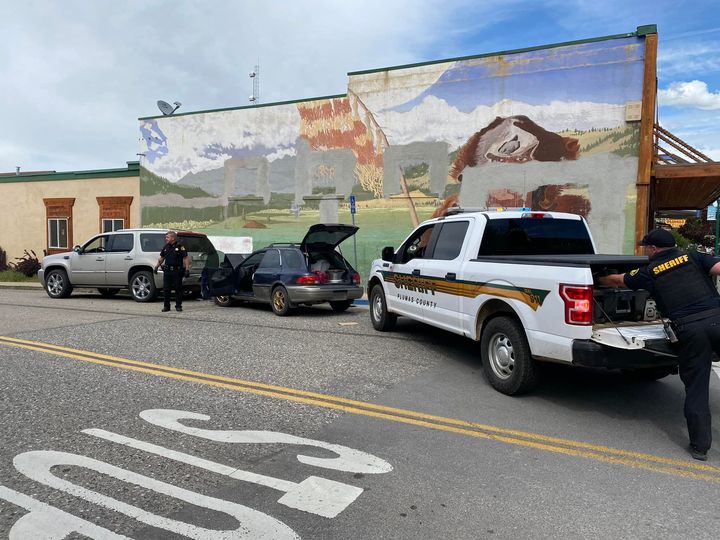 The search for a suspect in a hit and run is on in Quincy. Quincy California Highway Patrol responded to a report of a driver who crashed a stolen Blue and gold Subaru-like vehicle with no license plate and Gold rims into a parked SUV on Bradley street in front of the Mountain Maidu Mural downtown. A passenger of the vehicle was arrested on scene, yet driver at large is being described by CHP as a Native American middle-aged male wearing a black T-shirt. More details as they emerge.