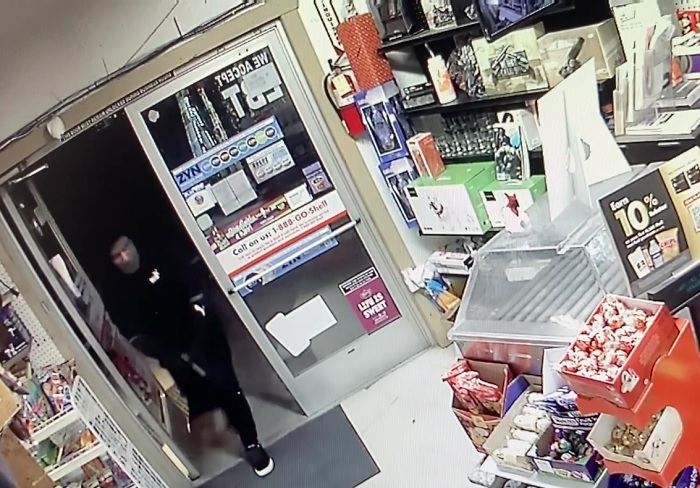 New video has been released by the Lassen County Sheriff’s Office from the Wayside Shell Gas Station robbery as no new leads emerge. In March the station’s two employees were robbed by gunpoint by who the sheriff’s office is describing as a 6ft tall male wear a black and grey face mask and black clothing. The suspect was able to obtain hundreds of dollars from the cash register and flee. Search efforts of the surrounding area were not successful and the search continues. With the release of the two new videos detailing the entry and exit of the suspect are in efforts that someone in the community may recognize the suspect.

The Coffee Station in Chester Awarded $3,000 Grant for Pandemic Relief