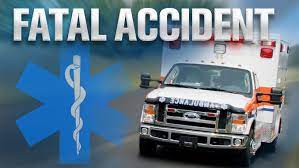 The Fatal head on collision on hwy 32 leaves two dead and two with moderate to major injuries. A Ford 150 was traveling west on hwy 32 just 4 miles west of Deer Creek Bridge when it crossed the center line directly into the path of a Ram 3500. The Ford truck spun and rolled down an embankment before it caught fire.  A passerby attempted to rescue the people in the Ford that had travelled nearly 40ft down the embankment while also trying to put the fire out with an extinguisher but was unsuccessful. Both people in the Ford suffered fatal injuries. The Ram 3500 came to a rest blocking both lanes of the hwy and both of the Woodland residents suffered from moderate to major injuries and were taken to Enloe Medical center for treatment. The identity of the two people in the Ford 150 have not been released. If you have any information in regards to the incident you may call the Susanville CHP office.