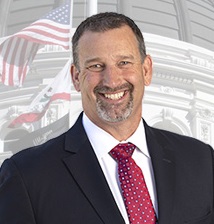 In Redding Senator Brian Dahle announced his running for the governorship come this June. A Lassen County local, former farmer from Beiber, 14 year veteran of the Lassen Board of Supervisors, state assemblyman, and current senator said he is running because California is not a failed state, rather the state has a failure of leadership. He said the state is overtaxed, over-regulated, and under performing in all critical services sectors.” He also noted the homelessness crisis found in every city throughout the state, as well as addressing the historic never before seen population decrease as a whole in the state in what many have dubbed a mass exodus out of California. His running is being proclaimed as a David vs Goliath race as the republican faces Governor Newsom who just coming off of a win in the recall election. Dahle is asking for support through your donations, asking each person to donate a dollar a day to help campaign against Newsom’s multimillion dollar campaign fund. Election will be held June 7th.

Lawmakers at Capital for Swearing in and Governor Holds Special Session