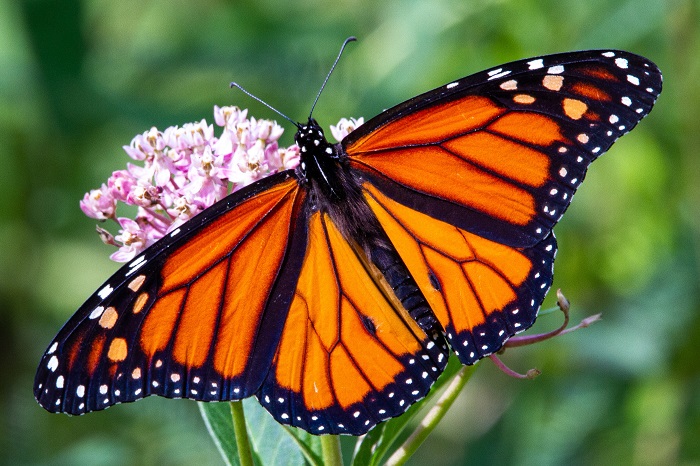 The iconic orange and black Monarch butterfly has become at risk of extinction. The international union for conservation of Nature has added the migratory monarch to the red list of threatened species as endangered. Though this is not comparable to the US Endangered Species Act and the US Fish and Wildlife Service have yet to list the monarch as endangered on its list. The native population has been reported by the conservancy organization to have declined over the past decade. The conservancy group says droughts have limited the butterfly’s food source when caterpillars as well as the additional increase of herbicides, and increased temperatures are triggering earlier migrations. Though the group does suggest promoting the growth of the monarch’s natural food source, milkweed, and reducing the use of pesticides to help the species survive.