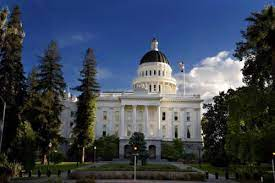 Assembly Woman Megan Dahle representing Assembly District 1, joined the state legislature at the state capital in Sacramento yesterday to be sworn in for a second term. Dahle joined other Newly elected state lawmakers to be sworn in yesterday despite two seats still in limbo. The secretary of state has until the 16th to certify the results of the neck-to-neck races between Democratic incumbent representing the Bakersfield area Melissa Hurtado and Republican David Shepard for a state Senate seat and Democrat Christy Holstege and Republican Greg Wallis for an Assembly seat serving Riverside and San Bernardino counties.

Governor Gavin Newsom yesterday also revealing his gas price gouging penalty. The governor’s proposal allows the state to determine an allowable profit margin for oil companies operating in California. If margins are exceeded, they would be fined, and those fees would be returned to the state’s residents. The proposal will still need legislative approval, with no action likely until the legislature meets again in January.