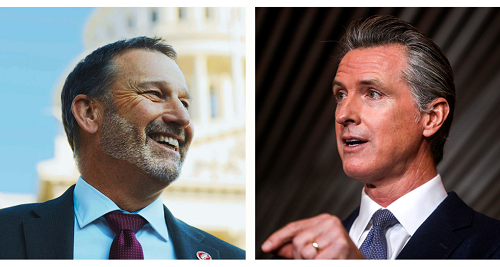 In the first and only time before voters cast their choice for the Governor’s Seat, Governor Newsom and challenger Brian Dahle, former Lassen County Supervisor and Bieber farmer face off in a live radio broadcast debate.

The debate will be on the airwaves during the only timeframe Newsom gave Dahle in his pursuit to debate the Governor- two weeks after ballots had begun to hit mailboxes, on a Sunday, and broadcasted over the radio in the mid-afternoon. Dahle questioned the Governors tactics of only committing to a time during primetime sports. He initially called for a debate on Live television before ballots dropped and not during sports events. Although Dahle said despite the limited and disadvantaged time, he would welcome a debate with the Governor at any opportunity.

You can tune in Sunday, October 23rd at 1 pm on KQED Public Radio 88.5 to listen in as Senior politics editor Scott Shafer and Politics Correspondent Marisa Lagos moderate.

You will also be able to view it streamed live from the station’s website, YouTube channel, and Facebook page. If unable to catch it at 1 pm, you can tune in at 6 pm on KQED Public Television 9.

California’s Eye on the Governor’s Race

Less than 1 Year Left to Get Your REAL ID & Susanville Office to Close this Week Thru Sept.