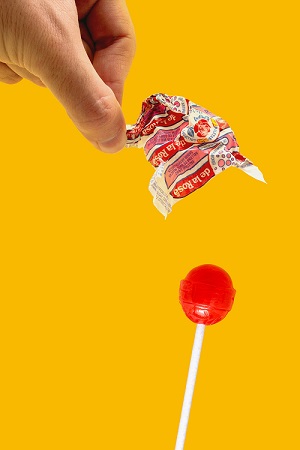 With Americans distributing 600 million pounds of candy this Halloween, Candy manufacturers are starting to think outside of the wrapper to recycle candy waste.

The wrappers around candies are often too difficult to process through recycling due to multiple layers to prevent sticking and due to their small size. Processors often cannot capture them to recycle. Also, combined, they often turn an unattractive brown due to their colorful nature.

Candy Manufacturers like Mars have begun to address the issue by handing out candy waste collection bags to send back for recycling. A plant in Illinois then takes the old wrappers and turns them into pet waste bags.

To gain a broader reach to recycle the wrappers a program called Trick or Trash, mails one free box to schools, businesses, and community groups to collect the waste for recycling. But even this effort is barely making a dent in combating the problem.

Candy makers say they are spending millions on new packaging that would be easier to recycle or compost.

The Hershey candy company has even aimed to make all its packaging easily recyclable, reusable, or compostable by 2030.