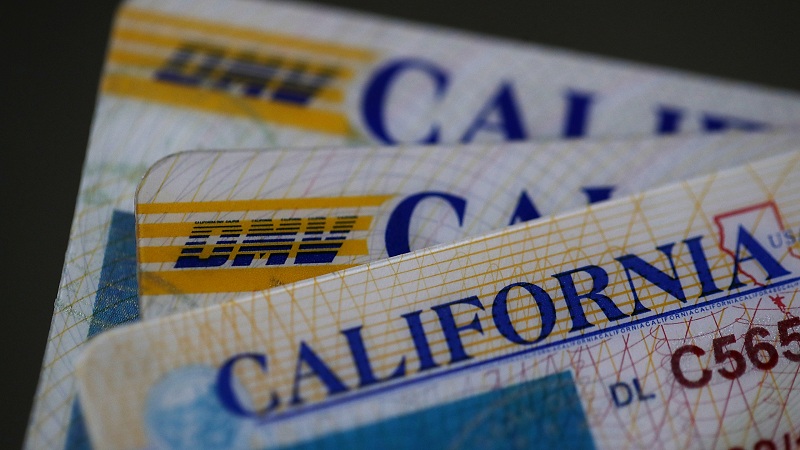 SAN ANSELMO, CA - MAY 09: In this photo illustration, the California Department of Motor Vehicles (DMV) logo appears on a California driver license on May 9, 2017 in San Anselmo, California. The California Department of Motor Vehicles is being accused in a federal lawsuit of violating voter federal "motor voter" law with a requirement for over 1 million residents who renew their license by mail to fill out a seperate form with their renewal. (Photo Illustration by Justin Sullivan/Getty Images)

CA DMV issues a second extension for your commercial driver’s license, learners permit, endorsements and special certificate. Licenses and permits that were set to expire in March of 2020 to February of 2022 were set to expire by November 30th of this year. The extension automatically makes those valid through the end of February of next year. If you are a part of the extension you will not get a new card or paper extension in the mail. But you can rest assured that the DMV has alerted CA law enforcement of the new extensions that was updated on December 2nd. The extension does not include commercial driver medical certifications.