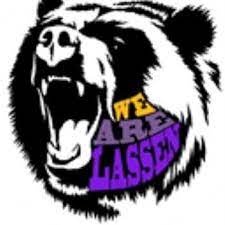 One Lassen High School Football player earns a spot on the All-Northern Section 1st team. Ben Wheeler was nominated and selected as the team’s Middle Linebacker. As Middle Linebacker, Wheeler also earned the title of Defensive Player Of the Year for the Northern Athletic League. Ben finished the season with 163 total tackles, ranking him #1 in the Northern Section and #9 overall in the state.

He averaged just shy of 15 tackles per game, had eight tackles for a loss, one sack, two interceptions (returning 1 for a Touchdown), caused two fumbles, and recovered 1.
Ben was a two-year Team Captain and earned Team MVP for the 2021 and 2022 Seasons.

LHS Football Head Coach Jason McCloskey, or Coach Mac, as his players know him, says Wheeler’s “commitment to the program and off-season lifting along with his desire to win helped him achieve these accomplishments” Wheeler’s efforts are part of the magic that propelled the Grizzlies to the Section playoff Semi-finals where they fell to the eventual undefeated State Champion Orland Trojans.

Evidence that the talent on the field extended to multiple other players, Lassen also had several All-League Award Winners. Sierra Daily news sports news has the complete list of achievements this season.