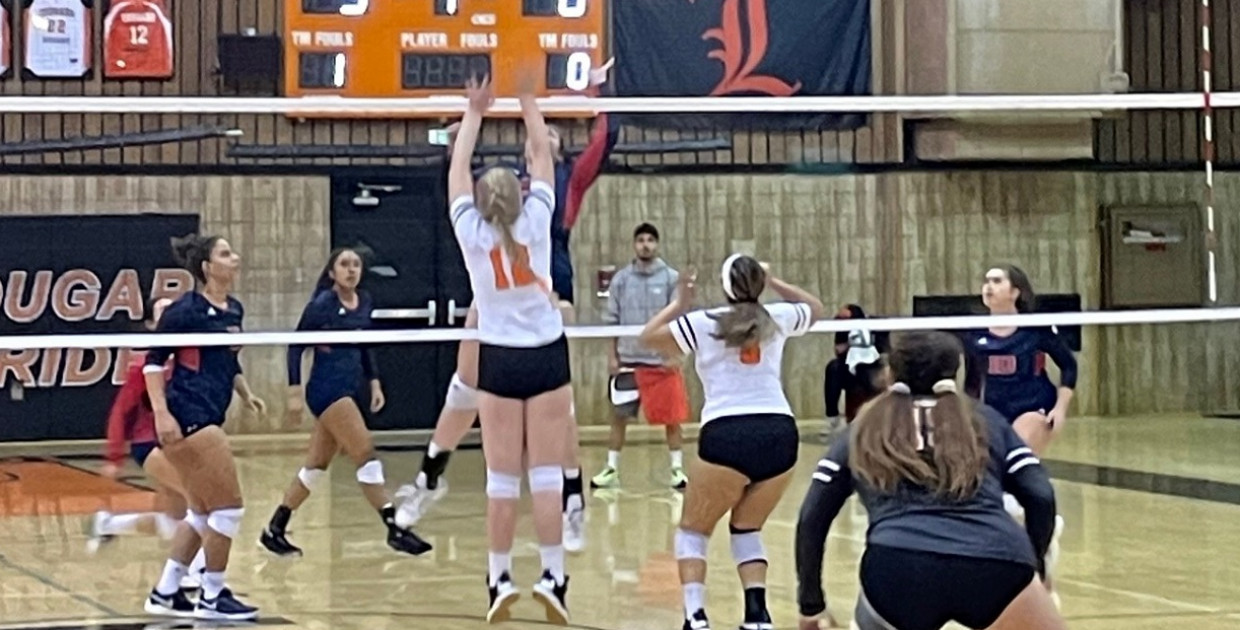 On Friday, November 12, the Lassen Cougars (1-15) faced off against the Siskiyous Eagles (5-17) at home in their last match of the season. The heated and long match resulted in the Lady Cougars picking up their first win of the year in just three sets, winning 25-23, 25-21 and 25-23.

Anyah Grigsby led the team with 11 kills on just 19 attempts, hitting .474. She also picked up two solo blocks and three block assists. Josephine Booth also had an outstanding performance with 10 kills hitting .250. The team had their highest overall hitting percentages of the year hitting .296 in the first set, .043 in the second set and .333 in the third.

“It was as though every ball Josephine Booth and Anyah Grigsby touched was a kill, “said Head Coach Julia Erickson. “They are just such competitors.”

Kellie Walsh had a big defensive night with 10 digs. Right behind her was Hope Serrano and Josephine Booth with 7 digs a piece.

“This was such an exciting night for the women,” said Erickson. “This was a much deserved win. It is exciting to know they are all freshman and can all return next year.”