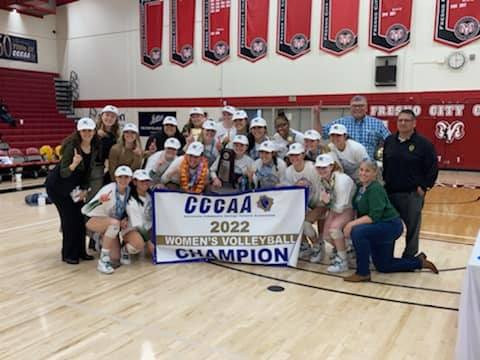 For a second grab at the State Championship, the Feather River College Women’s Volleyball team defeats American River College to take home the title. The championships began on Friday running through Sunday, ending with the face-off of the ARC Beavers, who delivered FRC their only loss of the season on opening day. Yet the defeat only fueled their spirit to win; the college finished the year by winning its final 43 consecutive sets, including nine in a row at state.

FRC head coach Sarah Ritchie said preparation through studying film of competing teams is what led FRC to their success, saying, “at game time, we are calm, prepared, and the players understand exactly what they need to do.” This is FRC’s second state women’s Volleyball championship; the first received in 2019.