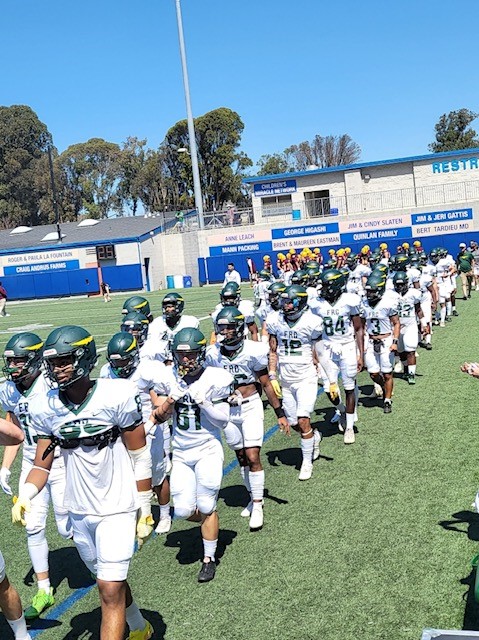 Quincy – The Feather River College football team won its season opener over Hartnell College on Saturday by a 46-6 score.

Sophomore Quarterback Jared Taylor completed 13-of-19 passes for 221 yards and three touchdowns. His touchdown tosses were good for 72, 15 and 22 yards, to Dalton Flowers twice and Tanner Hall. On the ground, he dashed eight times for 54 yards.