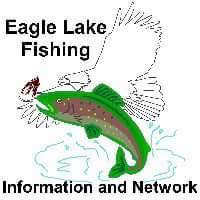 Winds settled down for a couple days but pretty sure they will be picking up again…can be a sudden event. Be careful out there…you’re the highest point on the water in a thunderstorm…if your graphite rods start singing, it’s already upon you! They can easily become you’re lightning rod! FISHING: water temps 57-60F depending on location & time of day. Various orange lures & trolling flies are catching. Even those with a smidge of orange. Copper Thomas buoyant, fire tiger did well…more orange worked better than less…we picked thru them to find em lol). Tasmanian devils doing some damage too. We’ve been running top lines & leadcores mostly from the jetty & heading north then east up to Eagle’s Nest for our outing after the madhouse weekend & winds settling for a couple days. We’ve caught on our top lines & down to 12-15ft deep (3 colors) out in the middle of the lake. Speed changes & turns have triggered a lot of strikes. Faster has produced more than slower speeds… some days folks are working harder than others, but all in all the fishing has been very good for boaters.