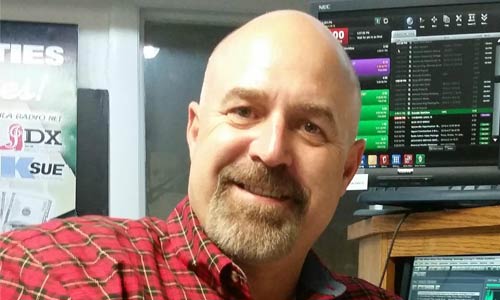 Chris Montgomery is a Northern California native and has been involved with country music for nearly 20 years. As a singer/songwriter, Chris found his place in the music industry as a recording artist and national touring act in the mid-'90s, sharing the stage with artists such as Toby Keith, Little Texas and Marty Stuart. In late 1994, a lifelong dream was fulfilled as Chris took the stage on national television at the legendary Ryman Auditorium, (home of the original Grand Ole Opry) with hero and legend, Willie Nelson.

Chris continues to write his music and perform limited engagements in the local area. Chris is excited to be a part of the Sierra Broadcasting team and to be living here amongst friends and family in Lassen County. Catch Chris LIVE on the morning show or at an upcoming LIVE remote.