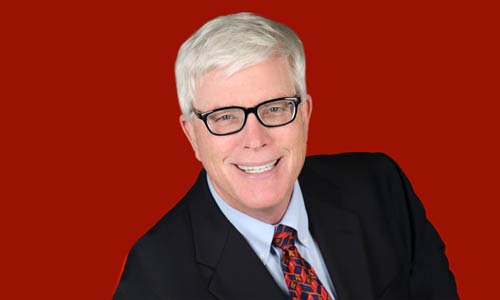 So it’s no easy task to wake up an entire nation,  but Hugh Hewitt is a broadcast pro who does it with ease.  He is America’s true East Coast-West Coast man,  doing the show most of the time from inside the Beltway of Washington DC, but other times from his studio in Southern California,  where Hugh is a professor of law at Chapman University’s Fowler School of Law, teaching Constitutional Law.

When he’s inside the Beltway, Hugh will often appear on the panel many Sundays on NBC’s Meet The Press.  You’ll also see him popping up on MSNBC giving much-needed conservative opinions.  Hugh received national exposure when he was selected by CNN as one of the panelists for four of the 2016 debate stage for President of the United States. Hugh is the author of 14 books,  including his most recent “The Fourth Way” outlining what America must do now that we have elected Donald Trump to the presidency.  Now heard on around 400 affiliates,  Hugh is one of the fastest-growing shows on the Salem Radio Network. He is also a contributing columnist for The Washington Post and all his writing appears at Townhall.com

Hugh began his radio career on KFI in Los Angeles in 1990 and spent a decade as co-host of the nightly news and public affairs show on PBS’ Los Angeles affiliate KCET before launching his nationally syndicated show on 8 original stations on July 10, 2000. He moved to mornings in April 2016 and never missed a beat.  Hugh and his wife, “The Fetching Mrs. Hewitt” as Hugh calls her on the air, live in northern VA. He is a graduate of Harvard College and the University of Michigan Law School, and spent six years in the Reagan Administration, including stints in the White House Counsel’s office and as Special Assistant to two Attorneys General. Hugh has also served on The California Arts Council, the South Coast Air Quality District, and The Orange County Children and Families Commission.