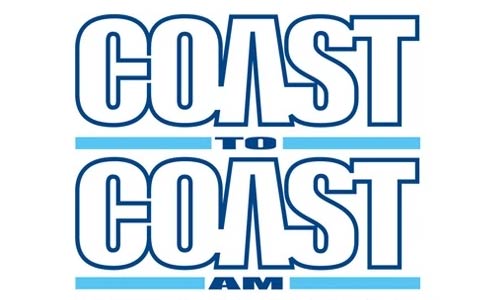 About Coast to Coast Weekend with Art Bell

Art Bell is no ordinary talk show host, not just because "Coast to Coast AM" is the dominant live all-night show in America today, but because Art's a true radio fanatic, the ultimate "new media" personality. How many hosts get off the air after a four hour show, turn on another microphone, and talk to fellow Ham operators around the country? How many talk hosts have the engineering know-how to produce their own show, run their own technical board, and generally control the ebb and flow of the show from the first on- air minute to the last? Art Bell's grasp of the electronic revolution--and how to make it personal--is unique; he's a talk show host primed to influence 21st century America in more ways than one.

Although there's something distinctly "new century" about the Art Bell mystique, Art's upbringing was unusually traditional. The son of a Marine Colonel father and a Drill Sergeant mother, Art developed a taste for news and analysis at an early age; he knew that current events could have a significant--and immediate--impact on his life; the family could be re- stationed for the slightest geopolitical reason. Art made a point of staying tuned into world events--in other words, he became a news junkie.

By the age of 13, Art was an FCC licensed radio technician. A few years later, as a young airman, Bell and an equally foolhardy buddy built their own pirate radio station right on Amarillo Air Force base, secretly broadcasting rock 'n' roll to appreciative locals. These kinds of antics were not limited to bootleg military radio. As a civilian DJ, Art Bell landed in the Guinness Book of Records for a 116 hour (and 15 minutes) solo broadcast marathon "playing the hits" on KSBK on Okinawa, Japan. Then he raised money in Alaska that allowed Art to charter a DC 8, fly to Vietnam and rescue 130 Vietnamese Orphans stranded in Saigon at the war's end. They were eventually all brought to America and adopted by American families. Art's no-nonsense demeanor doesn't fool his listeners who sense he's more complex underneath.

Art Bell's political views are complex as well. He spent years on the island of Okinawa, living a Japanese lifestyle and working for KSBK, the only English speaking station in Asia; it gave him a Pacific Rim perspective and a grasp of international affairs that few talk show hosts really have. That plus his military background and his love of the news, made Art Bell a natural talk show host, a man who understood how politics, human nature, and cultural dynamics can affect national and international stability for better or for worse.

Art became immersed in the high tech world of cable television, eventually leaving radio to be part of building what became known as "Prime Cable." As Chief Engineer for Times Mirror in Las Vegas, Art was on the fast track. His radio life had faded but not his radio love; before long Art was back at a microphone. When the 50 thousand watt giant in Las Vegas, KDWN offered him the chance to broadcast all night to 13 Western states, he grabbed the opportunity and never looked back.

Later, a chance to go network opened up and Chancellor Broadcasting Company was created. But that presented a new challenge when it came to the radio world. Nobody thought all-night live radio had a future after Larry King abandoned his throne. Advertisers thought no one would listen anymore. "Coast to Coast AM with Art Bell" proved them wrong, and now proudly a part of Premiere Radio Networks, Art Bell is back hosting the weekend version of Coast to Coast.

Art connects to his audience not just by the full force of modern technology from satellite to Internet to fax, but also by his unique view of the world, and a daring to pose all questions, no matter what the answer. When Art flips that switch and says "from the high desert and the great American Southwest," he's talking to millions of Americans who want to be part of a unique experience.

If you've ever sat in a darkened cockpit, in front of a twinkling control panel, and prepared for a night flight, you know the feel of what all-night radio can be like--the excitement of knowing that you'll be flying high and covering great distances while others are asleep. On "Coast to Coast AM" Art Bell is at the controls, guiding his millions of national listeners through the night's news, and bringing them in for a safe landing by dawn. That's Art Bell, and that's the Art Bell show. His fans know the feeling very well.