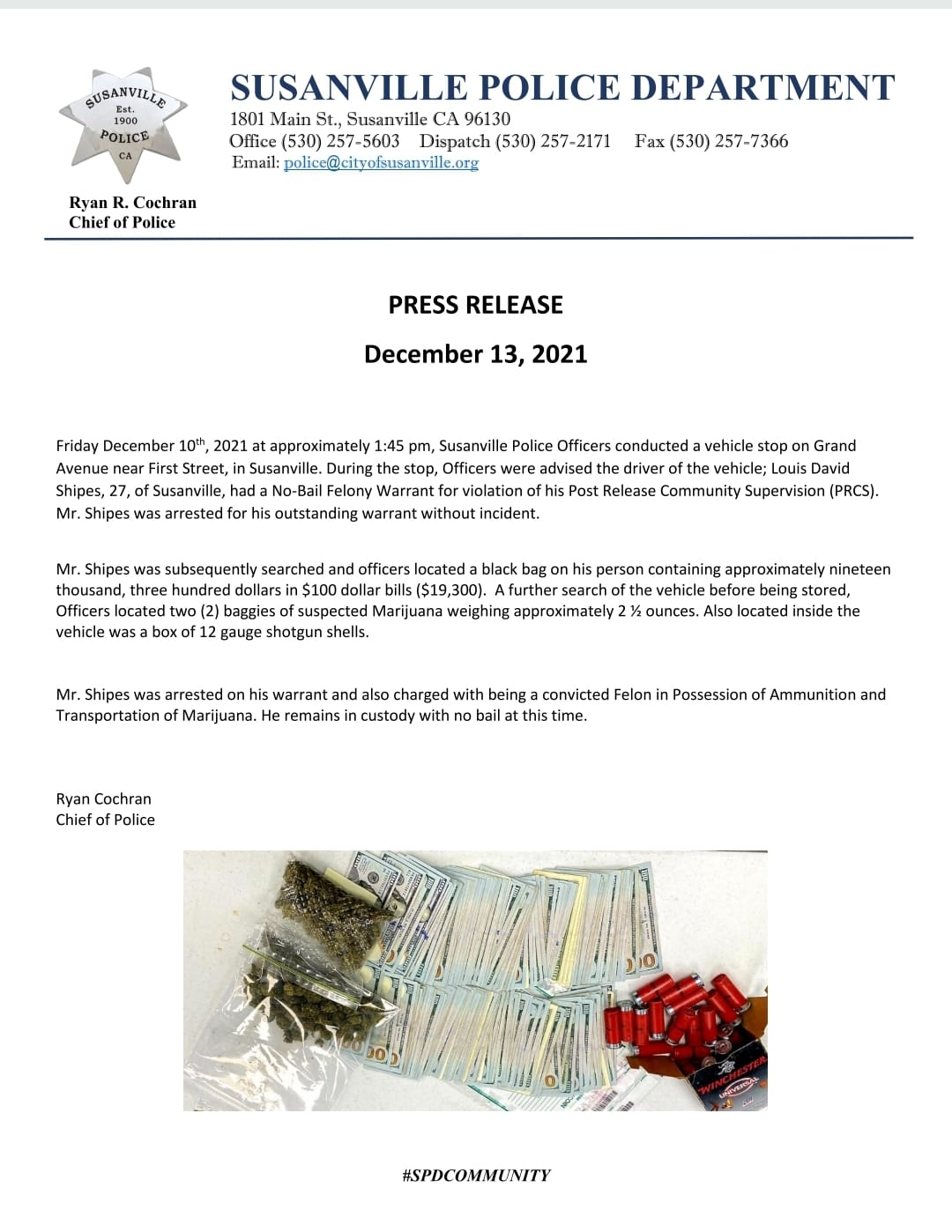 Friday December 10th, 2021 at approximately 1:45 pm, Susanville Police Officers conducted a vehicle stop on Grand
Avenue near First Street, in Susanville. During the stop, Officers were advised the driver of the vehicle; Louis David
Shipes, 27, of Susanville, had a No-Bail Felony Warrant for violation of his Post Release Community Supervision (PRCS). Mr. Shipes was arrested for his outstanding warrant without incident.

Mr. Shipes was subsequently searched and officers located a black bag on his person containing approximately nineteen thousand, three hundred dollars in $100 dollar bills ($19,300). A further search of the vehicle before being stored,
Officers located two {2) baggies of suspected Marijuana weighing approximately 2 .% ounces. Also located inside the vehicle was a box of 12 gauge shotgun shells.

Mr. Shipes was arrested on his warrant and also charged with being a convicted Felon in Possession of Ammunition and Transportation of Marijuana. He remains in custody with no bail at this time.