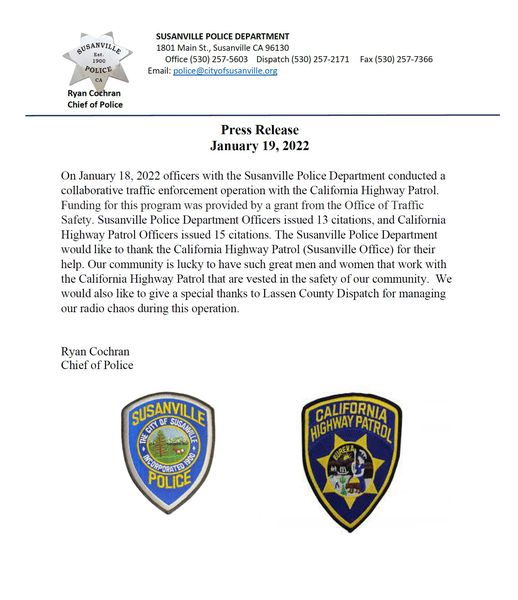 The Susanville Police Department and the California Highway Patrol joined forces this Monday. The two departments were conducting a collaborative traffic enforcement operation. This effort was made in part by a grant from the office of traffic safety. A total of nearly 30 tickets were issued, 13 by Susanville Police officers and 15 by CHP officers. Police Chief Cochran issued thanks to the CHP for their investment in the combined safety of the community as well as to the Lassen County Dispatch who helped manage the radios during the operation.