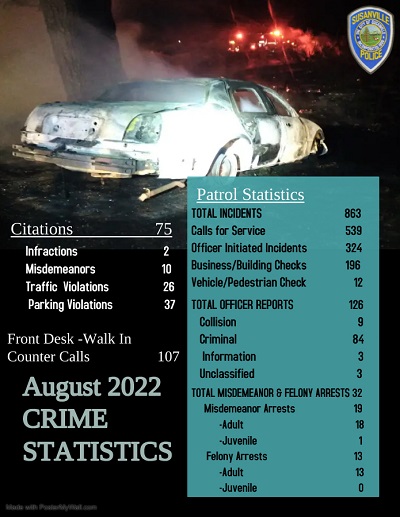 Crime is down, but felony arrests are back up from July in Susanville. The police department released its monthly crime stats, where under 900 incidents occurred this month compared to last month at over 1100. This is supported by recent comments from the Sheriff’s office and police department that violent crimes are rising. Though the department has recently beefed up its staffing with the swearing-in of four new officers over the last two months.