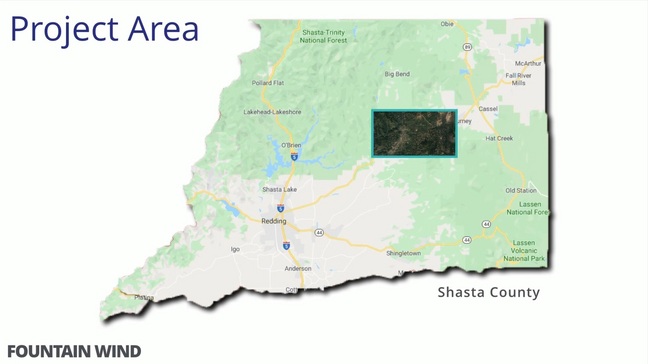 Up to 72 more wind turbines are proposed for eastern Shasta County and the planning commission is set to meet next Tuesday to make a decision.

The proposed project by Houston- based “Connectgen” would put the turbines on more than 4,400 acres just south of the existing Hatchet Ridge project and just east of the communities of Montgomery Creek and Round Mountain. 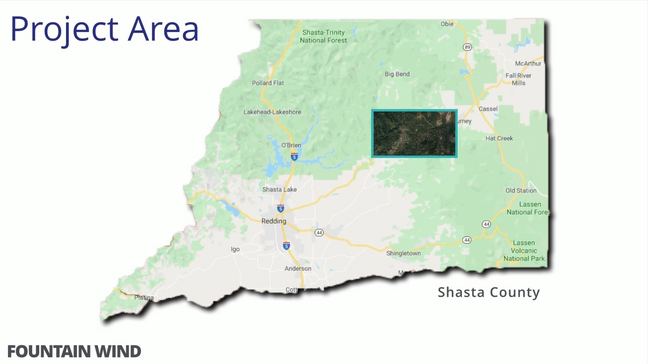 Joseph Osa lives nearby and says opponents’ biggest concern is wildfire. “The Hatchet Ridge development, the adjacent development there were two fires during the construction period. This is a windy area. It’s the highest fire hazard zones in the state. All it takes is one little spark on a windy day and essentially we live in a fuel farm and that’s all it takes for something to get away and we have an uncontrolled wildfire. Should they build the wind turbines, the issue then is their obstructions. So they don’t have to actually catch on fire but they can obstruct and impede aerial firefighting operations,” Osa explained.

Other concerns include the impact on Pit River Tribe cultural resources and on wildlife, especially birds. “It’s a significant impact, unavoidable. That’s primarily to the eagles, Gold and Bald Eagles, the raptors. They are the primary sufferers of wind turbines. Essentially like food processors for birds,” Osa said.

County staff has recommended planning commissioners certify the environmental impact report and approve the use permit.

The special planning commission meeting is set for Tuesday at one in the afternoon in the Shasta College theater to accommodate an expected large crowd.