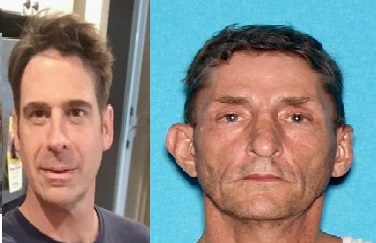 Two missing persons in Plumas County found this weekend. Frank Christopher went missing on January 30th while hiking in the Feather River Canyon. Extensive Search efforts were suspended after crews searched throughout the days and into the nights for over a week. Now a month after going missing, The Jarbo Gap Cal Fire station notified Plumas Sheriff’s of a body in Rock Creek north of Hwy 70. The body’s location is near the area where ongoing search operations were being conducted to locate Christopher. Plumas County Sheriff’s Deputies, and swift water rescue teams from Cal Fire, and the Butte County Sheriff’s Office Search and Rescue teams responded and recovered the body with use of a helicopter. The identity of the body has yet to be determined, an autopsy has been scheduled to confirm and determine the cause of death.

Additionally this Sunday the missing man last seen on hwy 70 next to his broken down vehicle, James Thornton has been located. Emergency personnel made an extensive search of Keddie Ridge and located the body of James Thornton. Thornton was last seen on January 17 and was reported missing by family on February 7th. Crews were able to locate some of his personal items which lead search crews to the body’s location. An autopsy has been scheduled to determine the exact cause of death. The case is under investigation.