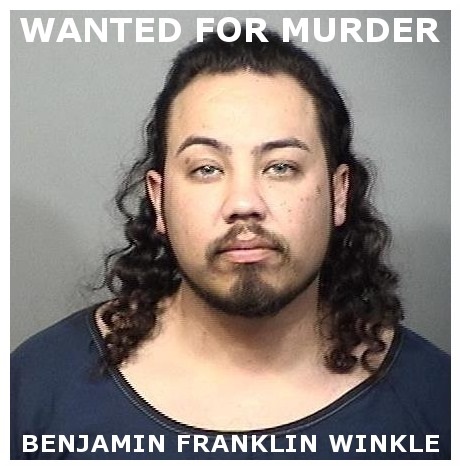 Murder suspect from Riverside County has ties to Susanville. Benjamin Winkle is wanted by the Riverside County Sheriff’s Department in connection to a homicide in the Anza area. After receiving reports of an assault with a deadly weapon deputies arrived to find a deceased man identified as Michael Mendoza inside a home. Riverside investigators believe Winkle fled the area prior to deputy’s arrival after an hours long lock down and search of the community. Speaking to Lassen County Sheriff Growden, he has confirmed the sheriff’s office has been in contact with Riverside Sheriffs and is fully aware of the situation and has been closely monitoring our communities. Winkles tie to the area is not fully known, yet Growden shared he owns several properties in South County and was in the area prior to the incident. He is believed to have fled back to our area or areas around Vacaville. If you suspect you have seen Winkle you are to not make contact but report it to the sheriff’s office immediately.