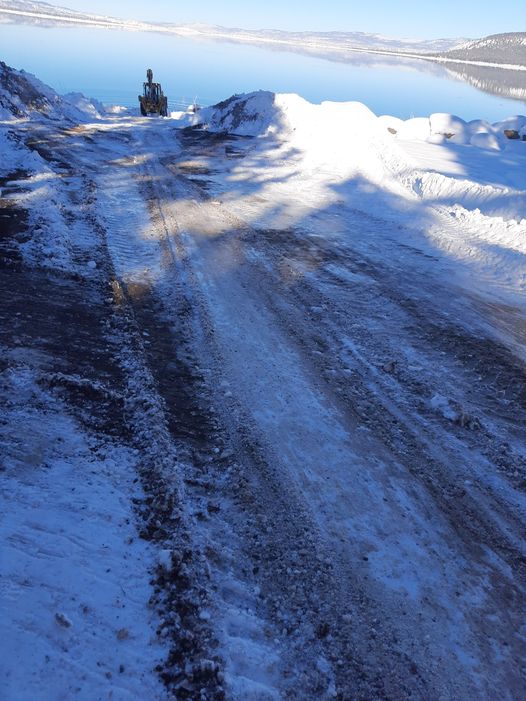 Fishing is still on at the low-water dock ramp at Eagle Lake. The road crew with the Forest Service was able to plow the snow down the ramp yesterday following community outcry. Concern from the fishing community grew as following the latest round of heavy snowfall, the ramps gate closed access to the ramp, and a forest service truck blocked the drive. Brian Newman with the Eagle Lake Ranger District said they had removed the low water dock because of safety risks. Along with the ramp, the dock had significant snow and ice that created a hazard to anglers. Newman said they were having multiple people getting stuck and damaging the dock, and they had to decide to pull it out of the water and break it down for the season. The ramp remained closed off until the snow could be cleared.

The ramp is clear of snow today, yet the low water dock will be pulled for the winter despite Fish and Game’s extended fishing season at the lake persisting through February. Deb Bumpas Lassen, National Forest Supervisor, says the association with the dock and the fishing season often get tied together. Yet, the two are separate as the NF controls the dock, and Fish and Game determine the fishing season. However, the forest service tries to keep the dock available as long as possible. Bumpas says if the snow thaws out and the dock can be placed back into the water without damage, the FS will reassess the conditions.

You can expect winter conditions if you are headed to the Gallatian Low Water Dock at Eagle Lake. County road A1 from hwy 36 to the marina and out to 139 is plowed but icy. Ice is also forming on the lake, yet temperatures are expected to warm back into the low 40s by the middle of next week, allowing anglers to get out again and enjoy the water.