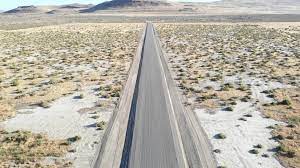 Lassen Municipal Utility District’s project to end its dependence on PGE for power, the Skedaddle project, has been hit hard by manufacturing delays. During the board’s November meeting, General Manager Pat Holley shared the newly projected timeline has been pushed out to the end of 2025. The extension is due to a delay in the shipment of three transformers that serve as the “heart of the substation.”

The purchase of the transformers could not have been made in advance to anticipate the delay, as bonds taken out by LMUD have just recently been released to enable the district to make the purchase. Added on to the hit in the delayed shipment of the completed transformers, LMUD will have to negotiate the doubling up on purchased power costs, as they anticipated being online with NV energy by December of 2024, yet will now have to pay the additional costs to remain on PGE supplied power.

The board sought alternative delivery and companies to build the transformers, but all other options were not viable.