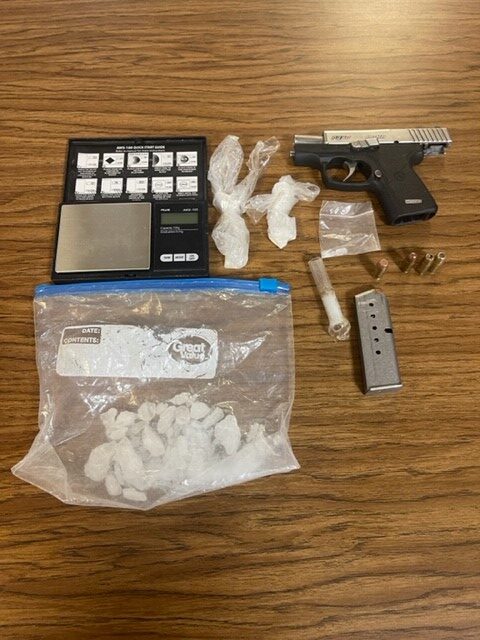 On December 7, 2021, at around 0900 hours, a Lassen County Sheriff’s deputy made a traffic stop on a white Ford pickup on Commercial Road in Susanville. Upon making contact with the driver and passenger of the pickup, the deputy learned the driver was on felony parole and could possibly be in possession of a firearm. During a search, the deputy located and seized a loaded .380 caliber pistol, approximately 32.2 grams (1.13 ounces) of suspected methamphetamine, and drug paraphernalia.

The Lassen County Sheriff’s Office would like to specially thank the Susanville Police Department and CDCR Parole for their assistance in this incident.