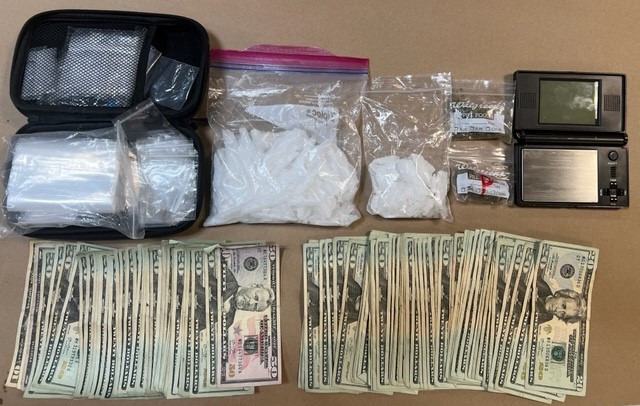 On December 11, 2021, at around 2115 hours, a Lassen County Sheriff’s deputy made a traffic stop on a silver Kia Sedona on Highway 36 and County Road A21 in Westwood.Upon contacting the driver and two passengers, the deputy learned the driver, Thomas Grimm, 31, of Janesville, had an outstanding warrant for his arrest. Grimm was also in possession of a switchblade knife. After placing Grimm under arrest, the deputy conducted a search of the vehicle and located a large amount of suspected methamphetamine and a large amount of cash. After further investigation, the deputy arrested the passenger, Tommie Beard, 35, of Susanville. In all, the deputy seized approximately 283.3 grams (9.9 ounces) of suspected methamphetamine and $2,075 in cash. The street value of the suspected methamphetamine is estimated to be over $8,000.