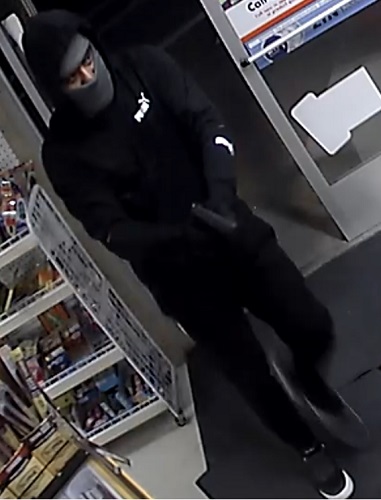 The Wayside Shell Gas Station in Standish was robbed at gunpoint. The Lassen county sheriff’s Department is seeking the suspect who fled after stealing hundreds of dollars from the register. Two employees who were held at gunpoint described the suspect as a 6 foot male wearing all black with a grey face mask. The sheriff’s office was able to pull video surveillance footage to capture an image of the man. If you have any information about the robbery or recognize the man you are asked to call the sheriff’s office at 257-6121.