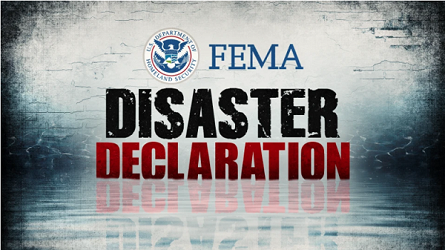 “This is great news for our citizens,” Plumas County Sheriff Todd Johns said tonight. “There are many more steps to go, but this was a big one.”

A Presidential Major Disaster Declaration helps people in the impacted counties through eligibility for programs and support that can include housing assistance, counseling, medical services and legal services. The declaration includes public assistance to help state, tribal and local governments with ongoing emergency response and recovery costs and hazard mitigation, which helps state and local governments reduce the risks and impacts of future disasters.

Sheriff Johns said that he has already accumulated $200,000 in overtime pay as a result of the fire, and that’s the type of expense that would be covered.

California recently secured Fire Management Assistance Grants (FMAGs) from the Federal Emergency Management Agency to support the state’s response to the Dixie Fire in Lassen, Butte and Plumas counties and the response to the Caldor Fire, Monument Fire, River Fire and Lava Fire.

Governor Newsom has activated the State Operations Center to its highest level and proclaimed a state of emergency in counties impacted by the Caldor Fire, McFarland and Monument fires, Antelope and River fires, Dixie, Fly and Tamarack fires and the Lava Fire and Beckwourth Complex Fire. The Governor signed an executive order to support impacted communities and bolster wildfire response and recovery efforts.

Residents and business owners who sustained losses in the designated areas can begin applying for assistance by registering online at www.DisasterAssistance.gov or by calling 1-800-621-3362 or 1-800-462-7585 TTY.

Last Day to Apply for FEMA Disaster Assistance is Monday