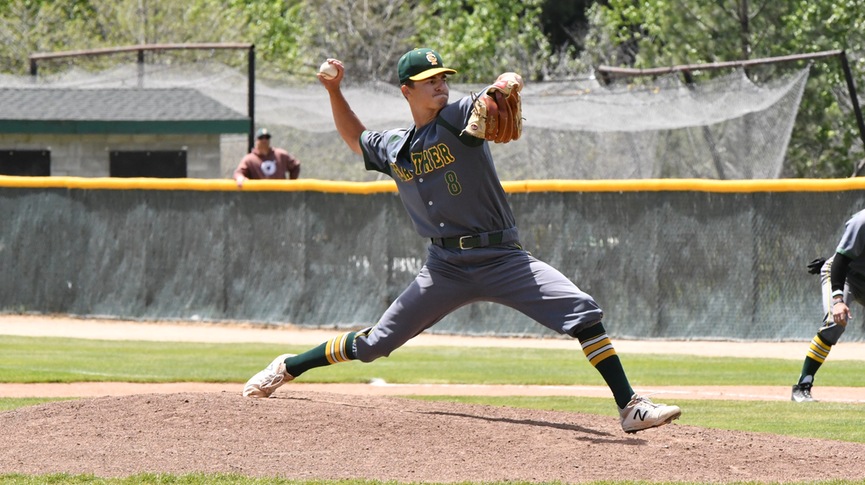 One Feather River College Baseball pitcher is headed to the big leagues. Closing pitcher Jake Christianson , known to Feather River Baseball fans as ‘Hoser the Closer’ was selected in the 15th round of the Major League Baseball draft yesterday by the Tampa Bay Rays. Christianson had signed a National Letter of Intent with Division I Southern Illinois during the season yet it is now expected that he will sign a professional contract with Tampa Bay.

Christianson and Feather River finished this season in the CCC AA Northern California finals, after winning the GVC and posting a 36-11 overall mark. They were listed ninth in the final state poll.

Christianson was also named a Second Team ABCA/Rawlings Pacific Association Division All-American
Feather River College has had a baseball program for 25 seasons and has had 24 players selected in the MLB draft.