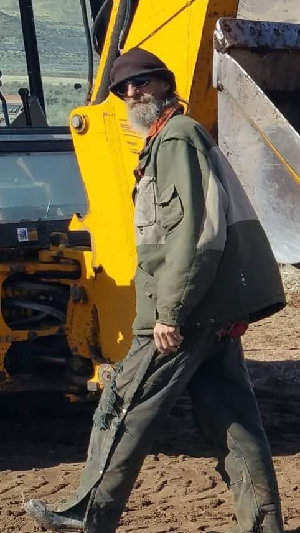 If you make plans to go ride the trails in South Lassen County and Plumas County along HWY 70 be on the lookout for a missing man. His name is
Paul Douglas Bringman. He rode out on his 4 wheeler in the morning of January 26th. He was last seen on a black and white raptor 4wheeler off of Hackstaff Road in Doyle.

He did not tell anyone his ride plans and is considered missing.

If you frequent the trails and hills around Doyle, Herlong, the Ft Sage atv area, Frenchman lake and Chilcoot, Vinton, Red Rock and Rancho Haven as well as the back areas of Lemmon Valley and any other surrounding local areas you are asked to be on the lookout for Mr. Bringman. He is an older gentleman, white hair with a long beard.

If you have any information or have seen Bringman you can contact the
Lassen County sheriff’s office at (530) 257-6121, Officer Chris McNally is investigating.