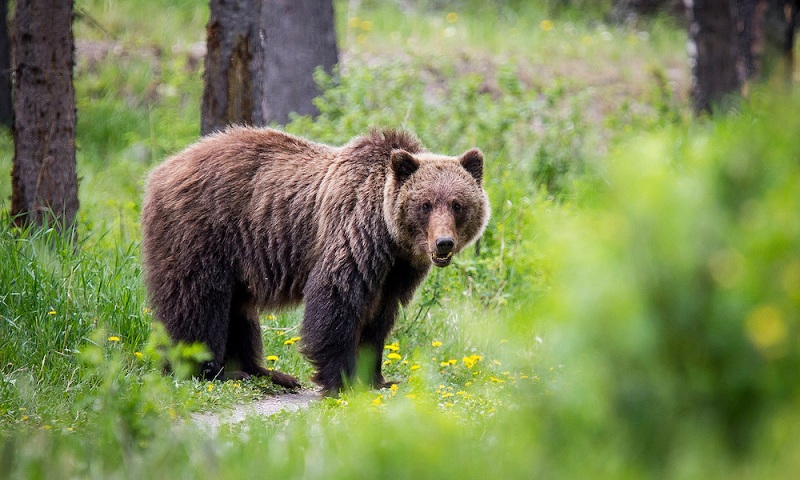 A Chico woman was killed in a grizzly bear attack while camping in a small town in Montana. Authorities said the bear pulled her from her tent early Tuesday.
Authorities in Powell County Montana confirm 65-year-old Leah Davis Lokan of Chico was killed. She was an avid bicyclist and had been on a biking trip. Back home in Butte County, Lokan participated in Chico Area Group Rides. She also worked as a
She and a couple were sleeping in separate tents behind a museum in Ovando, Montana when the attack happened. Ovando is a town of 64 people 75 miles northwest of Helena.
Investigators said the bear entered the community in the early morning hours of Tuesday, July 6. Around 3 a.m. Tuesday, the bear encountered Lokan and the other couple sleeping in their tents. The bear initially woke the campers and then ran away. The three campers removed food from their tents, secured it in another area designated for food storage, and went back to bed
A short time later, around 3:30 a.m., the two people in the tent adjacent to the victim were awakened by the sounds of the attack and deployed bear spray. At that point, the bear retreated and has not been seen since.
The attack was reported to the Powell County Sheriff’s Office in a 911 call at 4:14 a.m. First responders from the Helmville and Ovando Fire Department along with Life Flight were dispatched to the scene and attempted to treat Lokan but their efforts were unsuccessful.
The Powell County Sheriff’s Office along with the Montana Department of Fish Wildlife and Parks officers processed the scene and spent several hours searching for the bear involved in the attack, utilizing resources on the ground and in the air. Search efforts will continue over the next couple of days and traps have been set in the area in case the bear does return.
Campsites in Ovando have been closed until Sunday. The bear has not been located.
The Montana Department of Fish, Wildlife, and Parks bear experts believe the bear was an approximately 400-pound male, judging by behavior and footprints. DNA from the bear was collected at the scene of the attack and will be analyzed. Should a bear be caught in a trap, DNA can quickly be compared to the DNA already collected to determine if it is the same animal