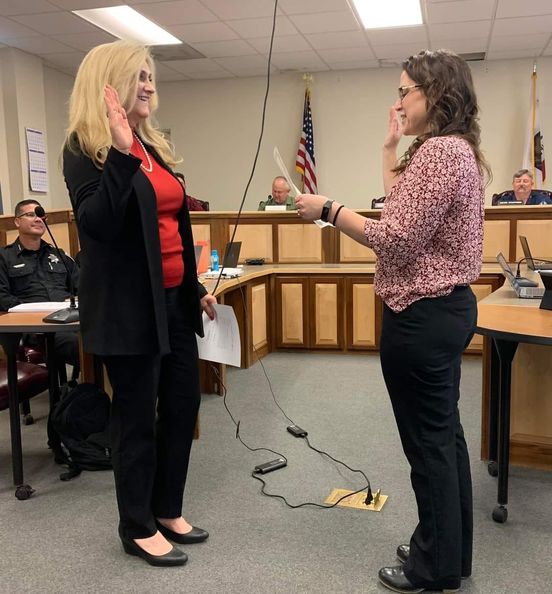 The City of Susanville welcomes a new mayor. As the city council met in a special meeting on June 29th to swear in the elected members from the June 7th Primary the council also named the roles of Mayor and Mayor Pro Tem. By a majority, the role of Mayor transitioned from Mendy Schuster to Quincy McCourt and the Role of Mayor Pro Tem, previously held by former councilmember Brian Moore, will now be the responsibility of Thomas Herrera. Mendy Schuster in her addressed the council and voters and thanked them for her re-election and wished the best of luck to Mayor McCourt in his new role. Newly elected Russ Brown was also welcomed to the council, which will be reconvening on July 6th.

BLM Plans Wild Horse and Burro Gather Outside of Susanville