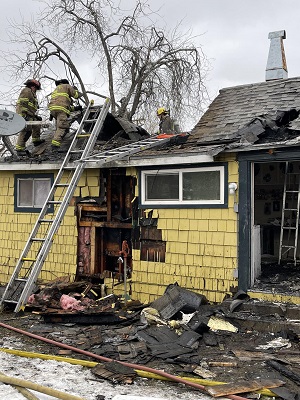 A house fire broke out on Hall street, causing major damage to the home’s roof. Susanville fire and Calfire L-M unit responded to the 2-alarm blaze suspected of having been caused by an electrical failure. Emergency crews were first alerted to smoke pouring from the home’s attic. No injuries were reported.