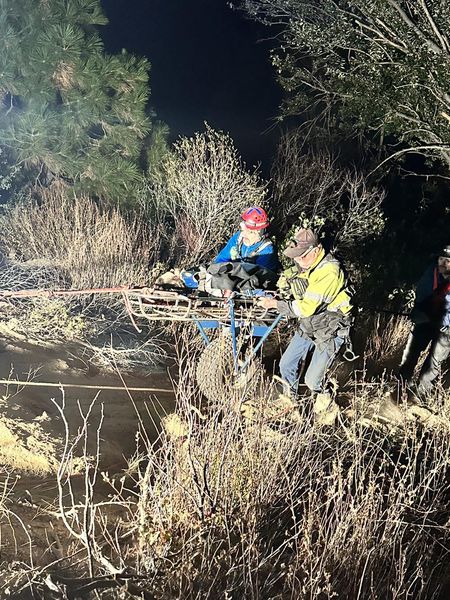 Last weekend during the early hours of October 23rd, PCSO dispatch received a 911 call from a subject who stated he had been involved in a vehicle accident and was still trapped inside the vehicle, the caller reported he was approximately 100’ over the side near the Bucks Lake Summit.

PCSO deputies, CHP – Quincy, Meadow Valley Fire Department, PDH Careflight Ground, Plumas County Search and Rescue, and CARE Flight responded.
PCSO deputies arrived on the scene and made contact with the driver, who was still inside the vehicle attempting to self-extricate.

Deputies assisted the driver out of the vehicle and stabilized him on the side of the mountain until rescuers arrived and transported the victim to the road, where he was flown to an area hospital with moderate injuries for treatment.

The accident investigation is being handled by CHP – Quincy.