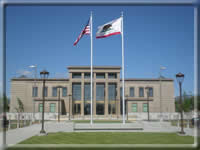 Lassen County Judge Tony Mallery calls on Susanville’s “rumor mill” for accusations of ethical and judicial misconduct in the courthouse.

Following formal proceedings issued by the Judicial Review commission last month, a nearly 200-page response to the over 30 allegations he faces was submitted on September 29th. In an introduction to each count’s response, Attorney James A Murphy, a shareholder in a firm known for being the Lawyers Lawyer, says the small concentrated population of Susanville leads to “unfounded rumor and innuendo” to “spread rapidly”. It also lays claim that the commission has performed a poor investigation forcing Mallery to defend himself against dozens of allegations across multiple years on his memory alone, adding much of the complaints against the judge are false or at best partial truths.

The document concludes that Mallery denies violating any judicial principles and his actions have been consistent and in compliance with such. Closing that Mallery “loathes the idea” of defending himself in a hearing but looks forward to setting the record straight and clearing his name.