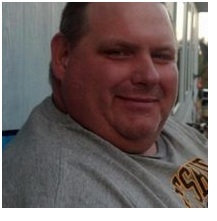 William David Roadifer better known to his friends as Bill Roadifer passed away on October 04, 2021. He was Born on May 24, 1968, in Cody, Wyoming. He was preceded in death by his dad Raymond Delos Roadifer, mom Barbara Jean Roadifer, and his loving wife Brenda (Matthews) Roadifer. He is survived by family and friends and will be missed by all. Bill was a loving person and gave a lot to his family and friends. He started working at the age of 12, first as a paperboy, then a ranch hand, thena city employee for the Public Works Departmentof Sheridan, Wyoming. He then moved to Seward, Alaska, were he work in a cannery. He moved to Susanville, California, to help his parents settle here from Sheridan, Wyoming. He originally wanted to join the Coast Guard, but life had different ideas for him.So, he first became self-employed with a dear friend Rick Martin, as a firewood cutter/seller and then an apartment maintenanceman. He then went on to be a logger, satellite TV installer and finally working out at the base.He loved driving in the woods, fishing, and spending time with his family and friends whether it be at home or in the woods. He liked football and was an avid Steelers fan. He well be dearly missed by all. But he is now with his loving wife and family in Heaven smiling and looking after us all.

It's BioenergyDay! Tree trimmings and forest-based fuels like the... Read More.
Wednesday, October 20

Festival of Lights at the Lassen County Fairgrounds